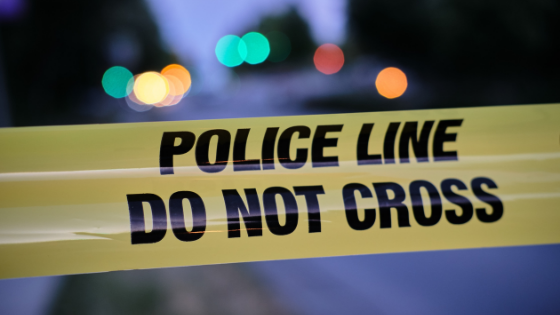 Africa might have the least recorded number of serial killers compared to other continents, but that doesn’t mean that we don’t have gruesome stories to tell of evil and crime. There are many reports of the sadistic people who terrorised and murdered others throughout history.

Many believe that the reason for the very few records of local serial killers is more a testament to the lack of forensic investigation and evidence than a lack of perpetrators. South Africa has 160 recorded serial killers to date, topping the list of countries that have the most on the continent.

Here are eight of the most notorious serial killers from Africa.

Hadj Mohammed Mesfewi was a cobbler. He drugged, murdered and robbed his victims. It is recorded that he murdered over 36 women, who were all found buried under his business and private property.

In 1906, he was convicted for his crimes and sentenced to be crucified, but owing to foreign intervention, an appeal was requested for a different method of death. In June 1906, he was buried alive.

Egyptian sisters, Raya and Sakina, together with their husbands, killed 17 women. Their motive was robbery, and they would hold down and suffocate their victims after. Before the sisters were caught, there were multiple police reports that placed them with their victims. Most of the reports said that the sisters were seen befriending women who were known to be wealthy and extravagant dressers. The women would then go missing after being seen with the sisters.

Investigations into the sisters started in 1920 when a room rented in the names of Raya and Sakina was discovered, filled with murdered females.

They were the first women to be publicly executed.

In the 1950s, Elias Xitavhudzi killed 16 white men and women in Atteridgeville, South Africa. Owing to his weapon of choice, he was called   ‘Pangaman’, which is a local word for a machete. After being captured and convicted, he was hanged on 14 November 1960.

Another South African serial killer, Moses Sithole, penned as the ABC Killer owing to the location of the murders he committed: Atteridgeville, Boksburg and Cleveland.

Sithole enticed his female victims with a promise of job offers, where he would rape and murder them. Victims were strangled with their own underwear, and a derogatory word would be scrolled on their bodies. One of the victim’s two-year-old son’s body was found lying a few metres away from her, after he had died from thirst and hunger.

On 5 December 1997, he was sentenced to 2,410 years imprisonment, being eligible for parole after serving 930 years.

Cedric Maake’s reign of terror spanned less than a year. However, he was considered one of the most ruthless serial killers as he had no specific weapon or victim preference.

He is popularly known as the Wemmer Pan Killer, the location where most of his victims were found, Briefly reports.

Cedric’s criminal acts are believed to have started with him robbing taxi drivers and shop owners. He then escalated to attacking couples by murdering the men first, after which he would rape and kill the women.

During the early stages of the investigation, the police were under the impression that they were investigating two separate murderers. He was eventually arrested in December 1997. He co-operated with police by not only admitting to the crimes but led the police to the various locations of his murders.

He was convicted of 14 rapes, 26 attempted murders, 27 murders, 41 robberies, the unlawful possession of ammunition and firearms. He is currently serving a sentence of 1340 years.

Another Moroccan serial killer, Abedlaali Hadi, who was called the Taroudant killer, started killing and raping his victims in 2001. The victims were all teenage boys, whose bodies were discovered under a shack where he worked.

He was arrested and after admitting to suffocating his victims while he raped them and was sentenced to death in 2004.

Egyptian Mansour al Tourbini is considered to be the most bizarre serial killer ever.

Most of his killings were committed on the carriage roofs of moving trains, where he and his gang of street children would rape and murder other street children then toss them off the train. Some of his victims were buried alive along the Nile River.

In 2006, he was captured and sentenced to death. After his death, his name was commercialised by taxis and sandwiches were named after him.

Norman Afzal Simons, a fifth-grade teacher from Mitchells Plain, known as the Station Strangler, was implicated in the murder of young boys.

Boys would disappear from the train station in the area and were later found dead, tied up and sodomised.

He was only found guilty of one murder and was sentenced to 35 years in prison. Most people considered it a lenient punishment.

What could have led these people to perform these heinous crimes cannot be fully comprehended. Research done by John Wiley and Sons concluded in 2003 found that the most notable similarities were:

Be careful of whom you let into your life, or near your family. If you feel like you might be in danger, the iER App can help.

The iER app is a free emergency application that can be downloaded on any smartphone or tablet. It gives the user peace of mind by offering a no-cost solution for emergencies. The App is a panic button that can be used in a variety of situations to ensure that the proper response team is sent to the scene of an emergency or crime. It is a one-click solution available to everyone.

There is no membership fee to make use of the iER application, although data or a Wi-Fi connection is required. Anyone who has the App, which can be downloaded from all app stores, can make use of the emergency response facilities. This is because the App was designed to be accessible.