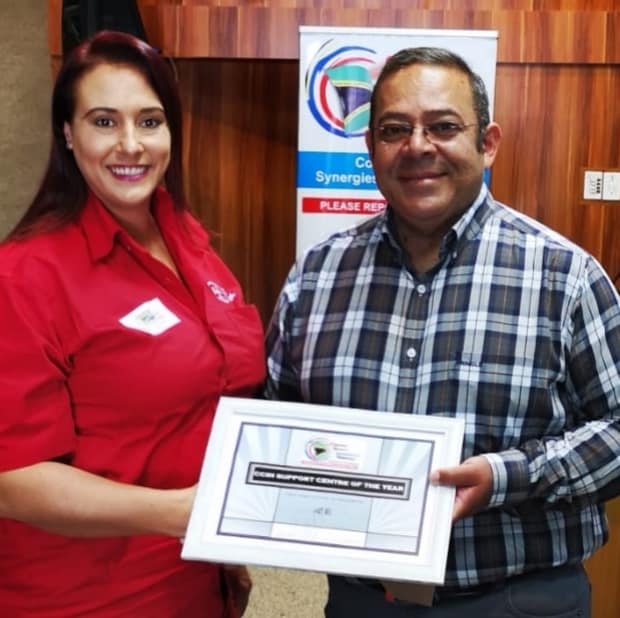 Award for “Support Centre of the year”

Recently held a convention to commemorate all their endorsed role players collaborating with them in the fight against crime in various communities across South Africa.

iER Manager Monique Delport attended the Civilians Crime Intelligence Network Convention to accept an award for the “Support Centre of the Year” and deliver a speech on how the iER App assists individuals and communities in emergency situations.

Since the launch of the mobile app in 2016, iER has been an active member of the CCIN as their preferred service provider for emergency response and crime prevention.

The uniqueness is that it connects its users to a national network of emergency personnel, including but not limited to, private armed response teams, SAPS, ambulance services, emergency medical evacuation and fire departments at the push of one button.

Monique Delport from @iERApp discuss how they assist individuals & communities to get help in emergency situations.

The Integrated Emergency Response (IER) application was launched in 2016 & they’ve been members of the CCIN since.
Cohesion of competencies works ✊🏾 pic.twitter.com/zYhcETO8JH