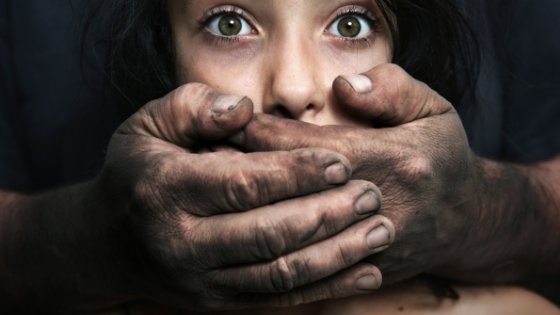 Domestic violence: What to do when a family member becomes violent

Domestic Violence has become a pandemic of its own in South Africa. It can be difficult to report a family member when he or she does something out of line. As much as we want to live in safe spaces, not everyone follows civil society’s rules.

Sometimes, the danger that we assume is far off in the distance is lurking in our circle. This can cause emotional and physical turmoil.

In South Africa, domestic violence is a significant problem that faces both men and women. During the national lockdown of the country, there was an alarming surge in domestic violence reports from all over the country. Even before the national lockdown, SA had one of the highest numbers of violent crimes against women and children, particularly in their own homes, iER reported in 2020.

According to studies by the World Health Organization (WHO), South African women are murdered by their intimate partners five times more frequently than the global average.

The best thing to do when someone becomes violent is to call the police. There may be many reasons that the person has chosen to lash out. Usually, people try to handle acts of aggression from loved ones on their own, but when people are angry they are volatile. You might get hurt trying to control the situation without the proper mediation tools and training.

Call the police. If you need to, lock yourself and your children in a separate room until the authorities arrive. Make sure to keep your phone with you. Try not to argue back and remain calm.

If possible, leave the area and find safety far away from the violent person, but don’t leave if it endangers your life even further.

Protect yourself no matter your relationship to the person. It could be your mother, father, sister, brother, cousin, uncle or aunt. It could even be your boyfriend or girlfriend. No one has the right to make you feel unsafe.

In the event that the person is acting out because of drugs, alcohol or any other substance or outside factor, the police or ambulance will deal with it.

According to the WHO, levels of domestic violence are increasing globally during the COVID-19 pandemic. WHO Eastern Mediterranean Region says violence against women usually increases during times of crisis.

The disruption of normalcy and its protective social networks, stress, rising economic hardship and limited access to services all contribute to increased violence in the home.

This is further compounded by political crises and socioeconomic instability. Especially in areas of the world where there are “structural” systems that maintain gender inequalities at different levels of society.

What is domestic violence?

Domestic violence can take many forms. It can occur between partners, or when a teenager or young adult turns on the rest of the family. Possibly due to a psychotic breakdown owing to mental illness or substance abuse.

Women and children generally feel the brunt of the rage in a family where the dominant male becomes enraged, especially after using alcohol or drugs. Often when the police are called to a scene of violence, the abuser is taken away either to the police cells overnight or for 72 hours in a psychiatric facility for assessment if he/she is in a psychotic break owing to drugs, alcohol or mental illness. If charges are laid, the victim is likely to withdraw them.

Domestic violence affects all levels of society, regardless of race, colour or religion, social, economic status and sexual orientation. But the main risk factors for people who become violent include poverty, early school leaving, being a victim of family violence as a child and overall low self-worth and self-esteem.

People don’t intentionally enter into abusive relationships. Still, experts warn that there are signs that violence may be a step away when they feel they are being controlled, manipulated, demeaned or kept from doing activities that they did before or from seeing friends and family.

Warning signs for outsiders to look out for

Family, friends and co-workers may see warning signs before the victim of domestic violence confides in them. Usually, there are many injuries that the victim will explain away, personality changes, low self-esteem, staying away from work or school or from family or friends, or being afraid of conflict situations, passive-aggressive behaviour, self-blaming for all the problems at home, nervousness, chronic stress or related physical and mental illnesses.

Domestic abuse is a significant drain on society, especially on health, social development, the police and courts. Often domestic violence leads to serious injury, the death of victims, job loss and homelessness.

Health facilities are often one of the first contact points for victims. Especially when they end up there with an injury such as a broken arm. The professional may note that the person has a history of injuries and carefully enquire whether domestic violence is involved. The victim will most probably be in denial.

But if the person admits that he/she is a victim, professionals will intervene by ensuring that the victim is removed to a safe place, a court interdict is obtained and referrals made for psychological treatment. The abuser may face criminal charges.

The victim receives assistance from legal aid representatives and social workers with safety plans for wherever they are staying. Without intervention, domestic violence could end in murder.

Ideally, as part of their treatment, victims should be enrolled in programmes that will assist them with economic opportunity, mentors, group therapy, community youth programmes, church and school support. If possible, structured support from responsible and nurturing extended family members.

A referral is vital. The WHO urges health facilities to update referral pathways and provide information on protection services, hotlines, shelters, counselling services and psychosocial support for the victims and the abusers if they are alcohol or substance abusers.