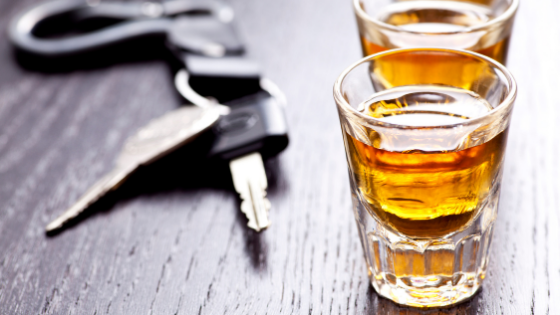 Drunk and need to drive? Here are your options

South Africans have a notorious reputation when it comes to drunk driving.

The World Health Organization (WHO) states in its 2018 Global Status that drunk driver negligence endangered the lives of other road users in South Africa and was responsible for 58% of all road accidents. WHO found that road traffic injury is the global leader when it comes to cause of death in the age group five to 29 years old.

Local, intoxicated drivers stubbornly ignore all the road safety campaigns, stringent traffic laws and increased roadblocks where breathalyzer tests are done. Drunken pedestrians are also a danger on the road.

You then have to appear in court, and a magistrate will decide whether you will pay a fine or be sentenced to a term in jail.

At the start of every holiday season, traffic chiefs warn that people shouldn’t drive under the influence of alcohol. They advise that people should have a designated driver who remains sober to drive; or should arrange alternative transport. They also put the onus on friends to protect their drunk friends, by taking away their car keys if they have had one too many – to stop them from being a danger on the roads.

In a 2018 report published on Bizcommunity, Rhys Evans, a supplier of alcohol and drug testing equipment, said despite being subjected to awareness campaigns in the media, evident death toll statistics, and the threat of a demerit system being implemented, South African drunk drivers remained oblivious.

Evans said that people who got into the driver’s seat while drunk “tend to either genuinely believe that they are sober enough to drive, or they are inebriated enough to believe in their own invincibility. They don’t generally consider the possibility of causing or being involved in an accident, and the thought of being pulled over isn’t terrifying enough in the face of the prevalence of corruption and bribery. As such, they drive drunk anyway.”

Be a responsible host

In light of a grim situation, experts suggest that party hosts should take responsibility and refuse to enable irresponsible behaviour among their guests, especially when it comes to drunk driving. Being a party pooper could save lives.

USA insurance experts have come up with a list of drunk driving interventions:

Many people, who intend partying up a storm, often take the initiative to pre-book a metered or application-based taxi. All you need is a smartphone to download an app.

In March, Briefly published a “List of all taxi apps South Africa 2020”. These services were reviewed:

Bolt South Africa, which is the rebranded Taxify. They are available in 34 cities and towns across the country and are Uber’s main competition.

Uber app South Africa is the most popular of the apps and as a result, employ many drivers who operate around the clock. The app has an emergency feature for client safety during the trip.

Yookoo Ride was founded by a local. The app aims at affordability and has safety features such as facial recognition profiling of the driver and client. They have special rates for students. And for female safety, there is an “Anti-Gender Violent” feature.

Other apps include inDriver, the Orange Cabs and the Zebra Cabs which have a variety of services.

Still, accidents happen even when people drive sober. If you need medical assistance, having the iER app could save your life.

iER is South Africa’s only dedicated emergency response and disaster management network backed by its own emergency-trained call centre designed to respond to any emergency situation 24 hours a day, every day!