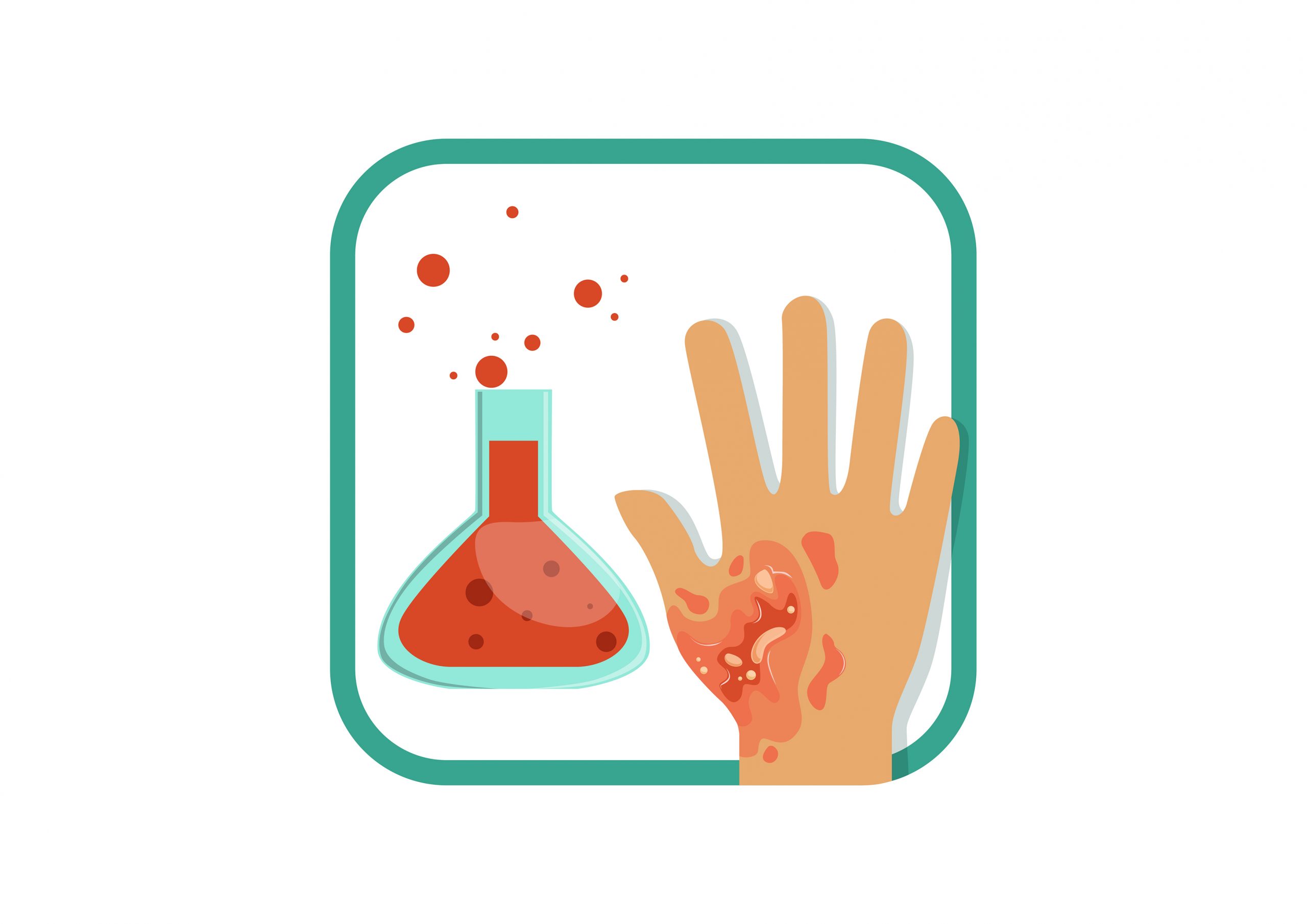 How to treat a chemical burn

All burns are painful, regardless of their intensity or cause. When it comes to treating burns, it is always advisable to go straight to the emergency room and have professionals tend to the wound. However, this may not always be possible.

Chemical burns can be caused by flammable substances that have been exposed to an open flame, or by harsh, concentrated chemicals that are harmful to the naked skin. Certain chemicals are dangerous, but may be slow acting. You may not even realise that your skin has been burned before it reached a dangerous degree.

If you work with chemicals on a regular basis, a pre-emptive step is getting a tetanus shot in case of an accident.

If you think you have a chemical burn, call an ambulance. Then, the first step is to remove the cause of the burn. Apply cool running water directly to the area for at least 10 minutes.

Mayo Clinic advises that for dry chemicals, brush off any remaining material before flushing. Wear gloves or use a towel or other suitable object, such as a brush.

Next, remove clothing or jewellery that has been contaminated by the chemical as trace amounts of the chemical could be caught in the fibres and grooves, and this could cause a repeat attack.

Bandage the burn loosely with a sterile gauze bandage to avoid putting pressure on burned skin.

Flush as many times as needed, until the burning subsides.