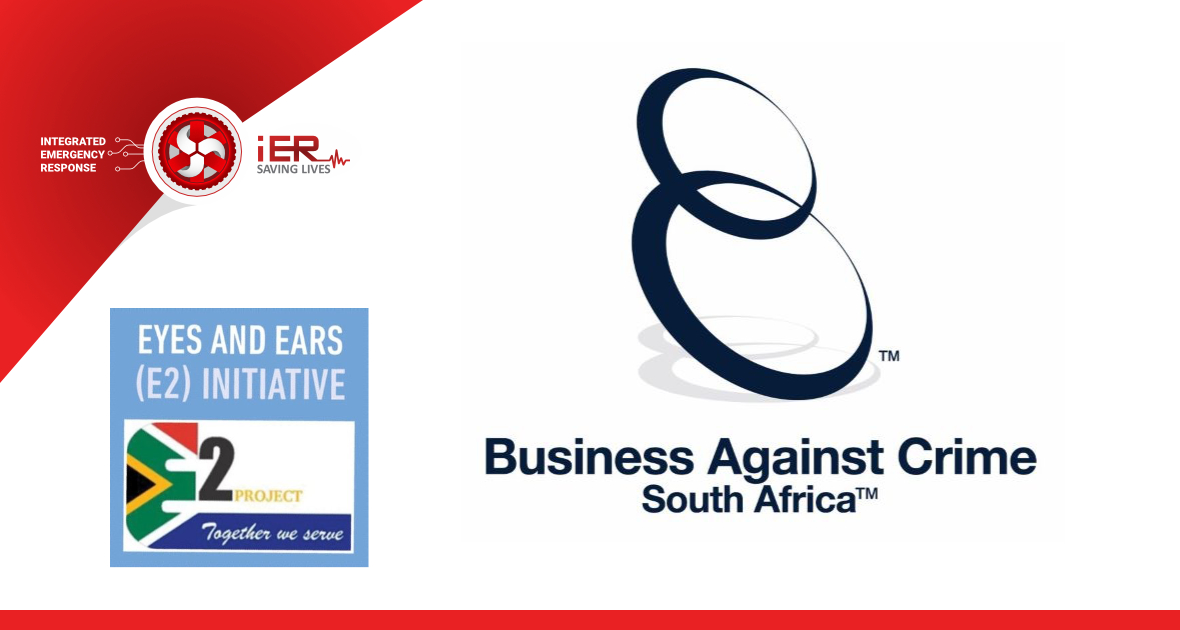 iER is the Information Service Provider with Eyes & Ears

iER Manager, Monique Delport, was recently hosted by the Eyes & Ears (E2) and the Business Against Crime (BIC) initiative as part of their integrated emergency response against crime.

iER has also ensured that every step of the process and commitment iER has promised to all its users and members is delivered on time.

iER is a FREE emergency response app available for download and can be used on an Android, iOS or HarmonyOS smartphone – Connecting you to emergency services 24 hours a day, 7 days a week. Your mobile internet connection and location are required for you to send alerts for emergency assistance. iER is ideal for use by everyone in medical emergencies, police emergencies and any other life-threatening situations.