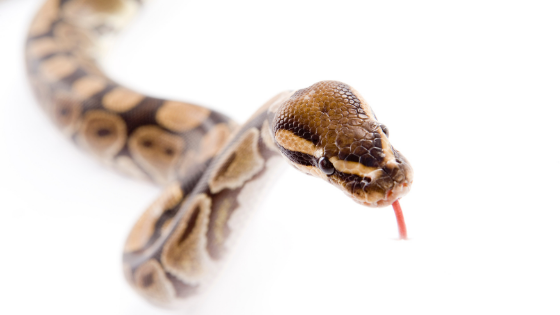 When to call Animal Control!

Animals are a joy to have around. Pets can be your best friend and make your home warm and inviting. Unfortunately, stray cats and dogs can wreak havoc in the neighbourhood; tossing over bins, scavenging for food and ‘doing their business’ everywhere and anywhere.

But what do you do when this happens? Approaching a wild and potentially diseased animal is dangerous, and you could be attacked or infected. The best thing to do is call the local animal control to collect the stray. But there are also other factors that may arise. Is this someone’s pet? What will happen to the animal once it is in the shelter?

What is Animal Control?

The term animal control is an American term for what South Africans may refer to as the Society for the Prevention of Cruelty to Animals (SPCA), People’s dispensary for sick animals (PDSA) and other organisations in the same field. For a collective title, this article will use the term to mean all animal rights organisations in South Africa.

Essentially, animal control organisations have several purposes: medical and emergency care for animals, re-homing strays or abandoned pets as well as the harrowing task of euthanising  (putting down) animals who are too ill or have no place to go.

These places are also there to call when animals are being mistreated. Animal control in South Africa will facilitate removing animals from abusive situations, as well as taking legal action against any perpetrators who have been found responsible for animal cruelty. This does not only go for domesticated animals, but these organisations protect wildlife, livestock and all other animals.

When you see an animal is being mistreated, you have the right to call the animal control facility closest to the area. Abuse isn’t just physical punishment like whipping or hitting; abuse can be the withholding of the proper amount of food and water that the animal needs to thrive. Many people also use animals to perform hard labour. For example, horses and donkeys are still used as transport. If this is the case, the animal is supposed to wear protective gear like shoes and saddles. These animals are also not supposed to be pulling heavy carts. Even though seeing this is commonplace, it puts more stress onto the animal’s body and can cause injury and even death.

TEARS is one of the organisations that work specifically with abused animals. TEARS rescues, rehabilitates and rehomes hundreds of animals every year. The name was chosen to symbolise turning tears of sadness into tears of joy.

They provide free, essential services for pets, like sterilisation and subsidised medical assistance to the low-income communities covering 250 square kilometres across the southern Cape Peninsula.

Volunteers and donations are always welcome. It enables the organisation to visit vulnerable communities daily to collect and transport animals for sterilisation, provide primary animal healthcare such as vaccination and pest control as well as rescue homeless, unwanted and injured animals. These animals are transported to the TEARS Veterinary Clinic.

The problem with having a stray animal wander onto your property is that it may be a neighbour’s beloved pet, or it may be an animal in need of assistance. Before you call the authorities, check a few things first. Is the animal familiar to you? If you have seen it before, it may live in the area. Check for any tags. Ask on the neighbourhood forum if anyone is missing a pet of that description.

As much as all pets should have collars and identity tags, sometimes these tassels fall off. An unmarked animal isn’t necessarily homeless.

Then, does the animal look taken care of? Usually, a glossy coat and a fuller figure mean that the animal is being groomed and fed. Check with the neighbours before calling animal control.

Fool.com says that non-domesticated animals, like raccoons and bats, generally require a call to a wildlife control service to be removed. The difference is that animal control won’t charge you for removing a stray pet from your property, whereas you’ll generally need to pay to have wildlife removed.

Be wary of any signs that the animal may be rabid. Rabies is a zoonotic disease (a disease that is transmitted from animals to humans), caused by the rabies virus, of the Lyssavirus genus, within the family Rhabdoviridae. Domestic dogs are the most common reservoir of the virus, with more than 99% of human deaths caused by dog-mediated rabies, the World Health Organization (WHO) explains.

Partial paralysis: not being able to walk in a straight line, or dragging its hind legs.

Another clear sign is if the animal is foaming at the mouth.

Is the animal licking a specific spot repeatedly? Step away from the animal as it could point to the presence of a wound – wounded animals tend to be aggressive.

These signs are more likely to be found with a dog than with a cat. Feral cats can be just as dangerous as stray dogs.

If you notice any of these signs, call animal control immediately.

iER’s revolutionary emergency app will connect you to a call centre operator who will assess your situation and send the proper authorities to your doorstep! If a stray animal wanders onto your property, we can send animal control to sort out the problem.