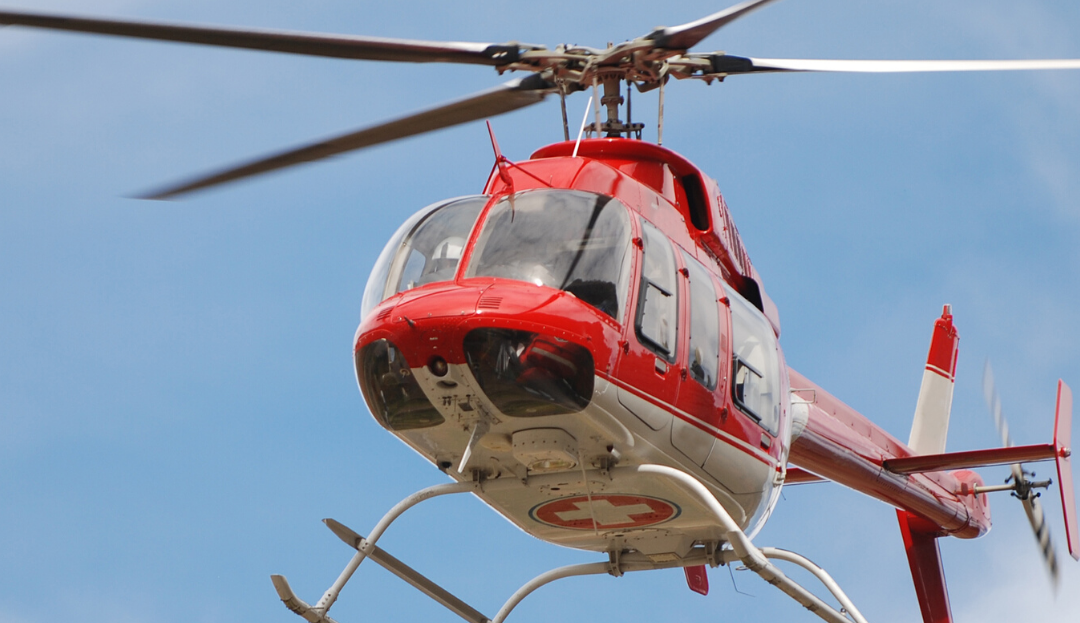 When would I need helicopter assistance?

Emergency services don’t usually commission a helicopter, but it is essential in certain events. Air rescues typically happen when someone is trapped further out than land vehicles can reach.

Helicopters are necessary for emergencies in rough terrain, on mountains and high buildings (in the event of a fire or blocked stairways and exits), or rescues at sea.

Mountainous areas usually have a helicopter rescue team on standby to assist in search and rescue missions, particularly in vast areas like desserts and places with extreme weather conditions.

Hiking is a popular activity, but of course, like all extreme sports and hobbies, it comes with its dangers. Certain areas are known for their rough terrain and cliffs. Sometimes, when people need rescuing in these parts, the only way to access them is by air.

Recently, on June 22, Cape Town rescue services were called in to rescue an elderly hiker who had ventured too far out from his team. According to NSRI Wilderness, its duty crew was activated to save a group that had gotten stuck on a cliff in Herold’s Bay on the Garden Route.

The hikers had ventured through the Herold’s Bay shoreline hike East of the Malgas River and West of Herold’s Bay.

The NSRI said in a statement that a large crevasse and boulders separated them from one of the men in the team; a 65-year-old man. The man had climbed to where they could not reach him, and he was unable to go any further, as he was trapped on a cliff.

A member of the hiking party hiked out of the area to reach a cell phone signal. He then made contact with NSRI Wilderness.

EMS rescue was activated, and the EMS/AMS Skymed rescue helicopter was placed on alert.

“Once our sea rescue craft arrived on the scene, in an incoming tide, an NSRI rescue swimmer was deployed into the surf from the craft. He swam ashore and was able to hike and climb to the man. He reached the casualty and found him to be cold, tired and anxious.

The statement continued that “an EMS rescue commander was transported to the scene onboard one of our sea rescue craft to evaluate rescue extrication options, and with the incoming high tide, with sea conditions and swells rising, EMS decided to extricate the man by helicopter. The NSRI dispatched a second NSRI rescue swimmer who swam through the surf to the shore carrying blankets and supplies.”

This is exactly the type of emergency that warrants air rescue.

Price of a helicopter dispatch

Air rescues are costly, so they are used as a last resort in infrequent circumstances. Ambulance prices start at R1 000 and go up to R5000, explains Business Insider. This all depends on the specifics of the service rendered.

“To mitigate this cost, always find out from your medical aid regarding what ambulance services you should use,” says Nicholas Sales, Cape Town Metro Emergency Medical Service (EMS) paramedic.

Helicopters are heavy on fuel, and there are several staff members needed on board to secure the rescue. Be ready to pay a pretty penny if you ever need air assistance.

Helicopter rescues can only be performed in the proper conditions to avoid putting the lives of the crew at risk.

Safety4SA explains that for safe helicopter operations, onboard vessels have precise protocols.

Most times, if you need rescuing from a boat or other sea vessel, these are the protocols followed by the rescue crew.

It is vital that all radio signals be clear to ensure effective communication between the vessel and the helicopter before and during operations.

The strength of the helicopter landing area should be ensured, with documentation provided by the owner of the vessel, the site states.

The winching area should also be determined to ensure that the helicopter can approach and hover without being obstructed.

All equipment, both on the boat and on the helicopter, should be checked regularly for safety to ensure that everything is in good working order.

iER is South Africa’s only dedicated emergency response and disaster management network backed by our own emergency-trained call centre designed to respond to any emergency situation 24 hours a day, every day!

iER’s call centre staff are expertly trained to assist you through an emergency and dispatch the exact emergency response team you need to get you to hospital in the quickest time.